Many years ago, when talking about Bhutan, many people did not know where this country was on the map of the world or what special about the country. Recently, especially after the impressive and inspirational presentation by Prime Minister Bhutan Tshering Tobgay at the TED Technology, Entertainment, and Design Conference in March 2016, Bhutan became a most searched keyword with keywords such as “happy country“, “gross national happiness“, “happiest country in the world” …

There are two main points that the Bhutanese Prime Minister has made the world pay attention. Firstly, Bhutan is not a zero-carbon country, but a negative-carbon country. Secondly, Bhutan has always taken Gross Nation Happiness (GNH) instead of Gross Domestic Product (GDP) as other countries as a measure of development. Therefore, the world’s media coverage consistently posts articles about Bhutan associated with “The Last Shangri-La,” “Nation of Happiness“, even the “happiest country in the world” …

So, is Bhutan really the happiest country in the world? Or is it just a marketing and media strategy of the Bhutanese government that attracts the world’s attention and draws them to the country?

From the World Happiness Report…

Before answering the above question, learn a little bit about the United Nations World Happiness Report.

In July 2011, the UN General Assembly made the decision to use happiness as one of the key indicators to measure sustainable human development. By April 2012, the United Nations High-Level Meeting on this decision took place, chaired by the Bhutan Prime Minister. At the end of the meeting, the first World Happiness Report came out. In this year International Happy Day 20 March, the fifth report has also been announced.

In these reports, six factors to measure a country’s happiness index are GDP Per Capita, Healthy Life Expectancy, Social Support, Freedom to Make Life Choice, Generosity, and Perception of Corruption. According to the reports, Bhutan is ranked 97th on the list of the 2017 Report, which means that there are 96 countries with higher happiness indexes than Bhutan (including Vietnam ranked 93). Obviously, Bhutan is not the happiest country according to United Nations criteria.

So why Bhutan is the media “the happiest country in the world”?

In fact, Bhutan has never claimed to be the “happiest country in the world”. It is because of the world media favors and praises a rare country in the world whose forest area accounts for 72% of the country’s total area and use the Gross National Happiness as a measurement indicator of the country’s development. The figures are officially published on the Tourism Council of Bhutan’s website. However, according to Bhutanese, the forest area may have reached 90%.

In 1729, the 18th century, Bhutanese law stated: “If the government does not make people happy, there is no reason to exist.” More than two centuries later, in 1972, the concept of “Gross National Happiness” (GNH) was formally incorporated into the national development criteria by Fourth King Bhutan Jigme Singye Wangchuck. Since then, Bhutan has always developed the country according to this criterion.

This shows that, although not ranked high in the index of the World Happiness Report, Bhutan is still a happy country. They are happy from the inside, not from external evaluations. The Bhutanese government has its own policies to help people live and feel happy, such as free education and health care. The government does not just say, they act. They often carry out surveys their own happiness report to evaluate happiness indicators.

The result of the 2015 survey showed that the National Happiness Index rose 1.8% over 2010; The proportion of people which are very happy and happy also increased from 40.9% in 2010 to 43.4%. This shows that the Bhutanese government is very serious about the direction and development goals of this small country.

Looking at Bhutan’s Gross National Happiness from an economic perspective

Tourism is one of Bhutan’s four major economic sectors besides Cottage Industries, Hydroelectricity, and manufacturing. If tourism is a Bhutanese product, look at how Bhutan makes the product and advertise it.

Bhutan positions itself as “the happy country”. Therefore, whatever Bhutan does, it must attach happiness to the development of the people and the country. This is a clear difference in the market and a competitive advantage over competitors. Although it is not the happiest country in the world as in the United Nations World Happiness Report, Bhutan is the leader in getting the index of happiness to measure the development of the nation. Pioneers always have an advantage in the market.

However, if pioneers do not have a proper development strategy, he will be competed by other easily. Bhutan develops products from within and unifies the message. From tourism operators to tourist guides, from the government to people, happiness is the norm. They always reply “I am happy” when asked by visitors. Visitors themselves to a small country, close to nature, abundant oxygen, fresh air, friendly people are also easy to feel relaxed, comfortable. As such, they feel happy to experience in this country. A good-ranked & -reviewed product is a long-term product.

Also, need to mention the price factor. Bhutan develops tourism but does not affect the environment as well as the happiness of the country itself. Tourism development is accompanied by the preservation and development of nature. Bhutan’s “High Value, Low Impact” policy helps limit the number of visitors to Bhutan to increase the quality of products that visitors receive and not affect nature. Therefore, the cost that tourists pay for a day in Bhutan is USD200 (in low season) and USD250 (in peak season) can be much higher than other countries.

Though, after reading here, I think you have the answer to the question in the first of this article.

Foreign Direct Investment FDI is one of the important factors for a country’s economic growth. However, Bhutan has difficulty in attracting FDI. In 2013-2014, with eight FDI projects approved, by 2015 there were only five. Out of 55 FDI projects, only 33 are operating, while the remaining 18 are under construction. Among them, there are 21 projects related to hotel and accommodation.

Two main reasons for the difficulty of FDI in Bhutan. One is the market demand is too small. The second is the poor facilities. With a land area of 38,394 square kilometers and a population of more than 790,000 (2017), with much of the agricultural sector, investors have little chance in Bhutan. In addition, Bhutan’s mountainous terrain makes it difficult for projects to move and transport from one point to another. Skilled personnel and willingness to work on projects are also major issues. Bangladesh Southtech software company needs to recruit 50 people for the company. However, in the 100 applicants, only 25 were admitted.

FDI brings many benefits to the economic development of the country, Bhutan has opened up to FDI, expanding investment policies from 2014, but few investors are willing to enter. The reason is the limit on the field of investment. The Bhutanese government prioritizes tourism and environmental projects that do not affect natural ecosystems. Bhutan has denied mining projects and utilized energy resources without bringing real value to the country.

Bhutan, a small country with a green area covering most of the country, develops its economy but still protects nature.

For those who want a shorter version in the Vietnamese language, you can read Bhutan có thật sự là quốc gia hạnh phúc…

2 thoughts on “Bhutan – Nation of Happiness or Just a marketing strategy?” 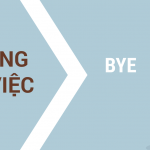 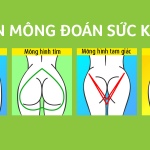